Montseny began to be populated during the 14th century and for this reason we think that the El Buxaus farmhouse was built during this period.

During the epidemic of the Black Death the farmhouse was probably abandoned, as life on the plain was less difficult than in the middle of the forest, it happened in all the mountain farmhouses.

Due to the abandonment during the later centuries the part of the main entrance and the kitchen collapsed, is a fact that can still be seen today on the facade of the house. The reconstruction was done by a farmer from Occitania during the second half of the eighteenth century, this farmer gives his name to the house, his surname was Buxaus. 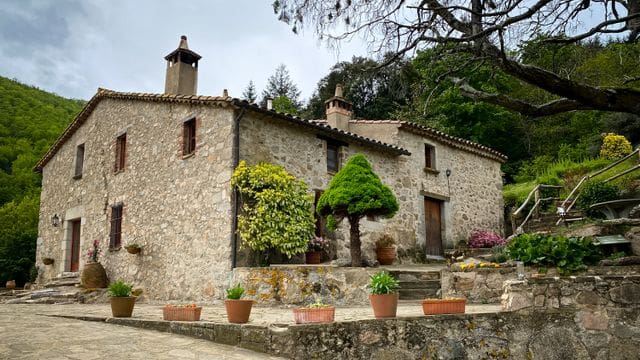 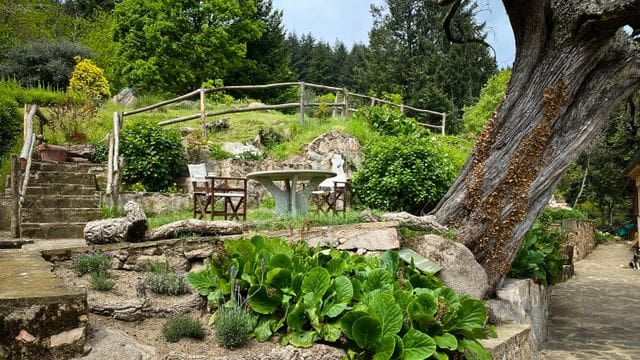 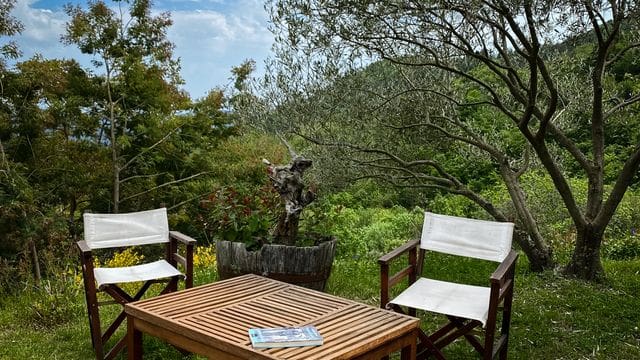 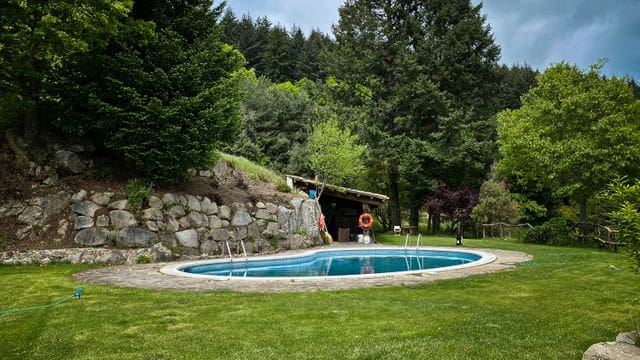 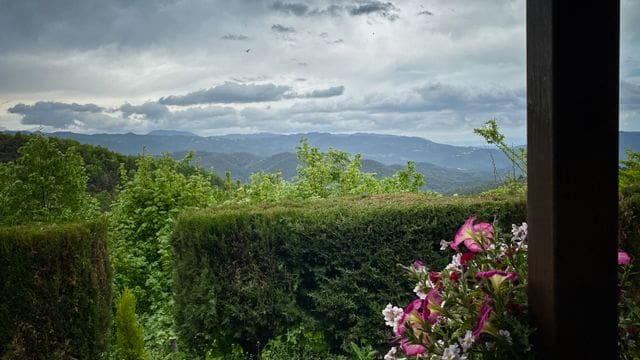 The farmhouse has all the necessary services to offer customers a unique and unforgettable experience. On the ground floor is the living room and the library with different environments, ideal for social gatherings, table games, reading or simply resting. On the top floor you will find the five rooms that the house has. Under the millennium juniper, next to the farmhouse, are the dining rooms and the kitchen. In the garden you can enjoy a splendid pool next to a large porch with table tennis, and different spaces with tables and chairs. And of course, our own garden and the chicken pen.

The rooms of El Buxaus:

Rooms at El Buxaus are equipped with everything you need to enjoy an idyllic stay. All rooms have been renovated and feature rustic and comfortable furniture. With natural light and views of the natural setting of Montseny that surrounds the farmhouse.